Why Are Americans So Fond of Disposable Cups (a seemingly stupid question, humor me)? 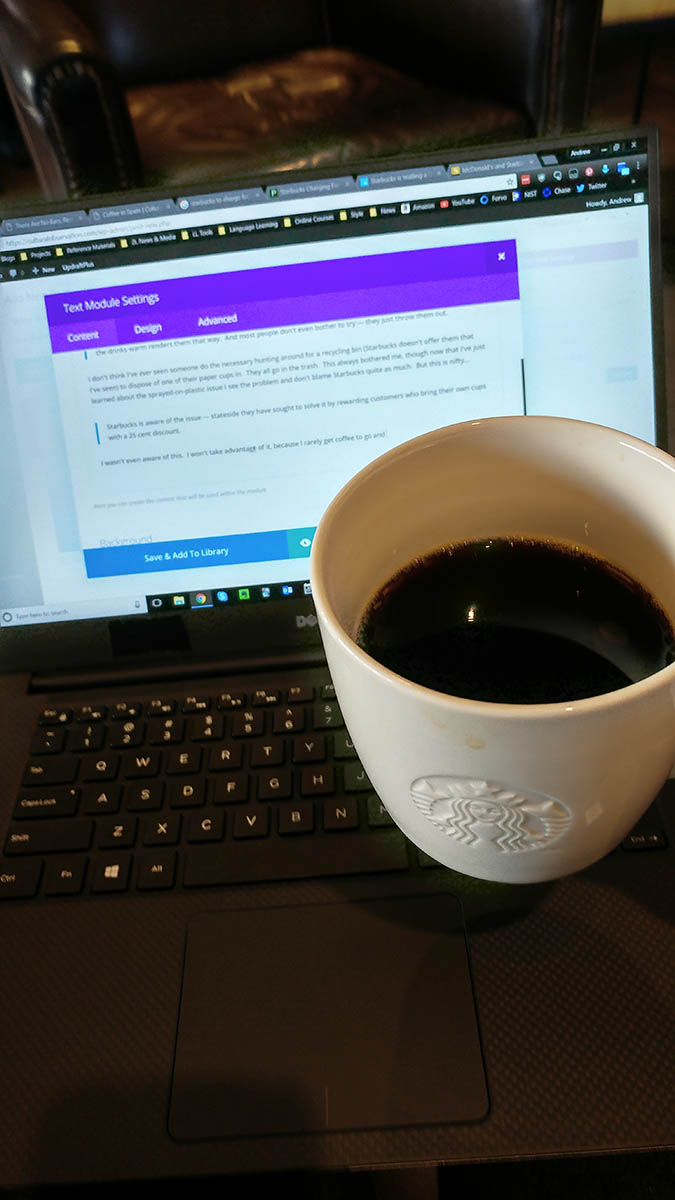 So Starbucks is going to start charging five pence apiece for paper cups in the U.K.  In the more environmentally-conscience Britain, this is likely to go over better (or at least less worse) than it would here in the United States.

Starbucks cups, despite being made of paper, are not actually easily recycled — the thin layer of plastic sprayed on to keep the drinks warm renders them that way.  And most people don’t even bother to try — they just throw them out.

I don’t think I’ve ever seen someone do the necessary hunting around for a recycling bin (Starbucks doesn’t offer them that I’ve seen) to dispose of one of their paper cups in.  They all go in the trash.  This always bothered me, though now that I’ve just learned about the sprayed-on-plastic issue I see the problem and don’t blame Starbucks quite as much.  But this is nifty…

Starbucks is aware of the issue — stateside they have sought to solve it by rewarding customers who bring their own cups with a 25 cent discount.

I wasn’t even aware of this.  I won’t take advantage of it, because I rarely get coffee to go and unless I am I always order it in a mug, principally because it’s just easier to drink out of and the drink cools off faster (I’m not one of those persons who likes their hot beverages very hot, I always have to wait for them to cool). 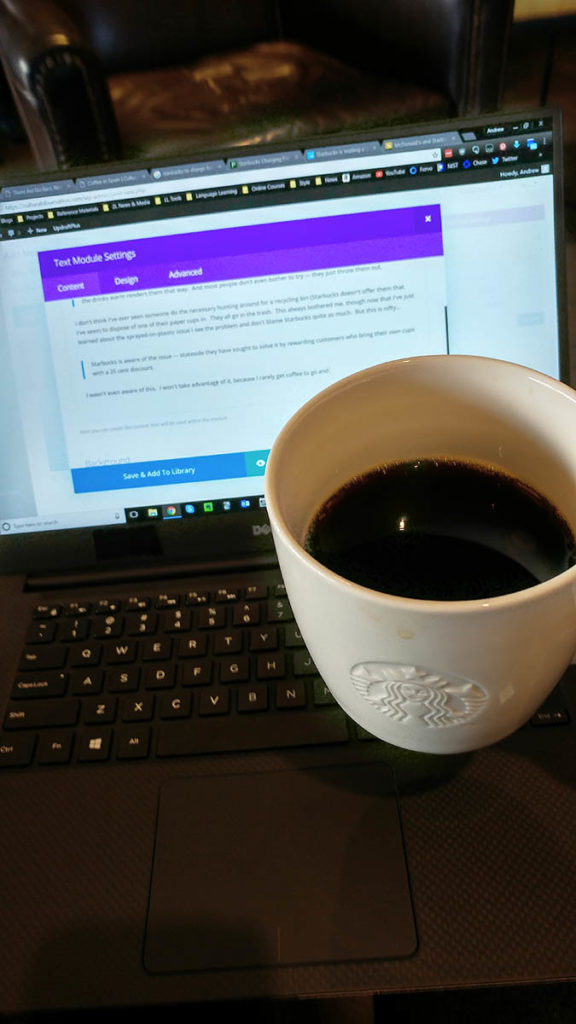 The background to the above is this post in the process of being written (at Starbucks, while drinking a cup of their Verona blend in a mug).

I would guess that probably 70-90% of customers get their drinks in a disposable paper cup (leaning more towards 90% personally, I rarely see anyone else with a mug).  I would also say that at least half of them sit down and finish their drinks in the cafe.

So what gives?  Why does such a small portion of the people who must know that they don’t need a “to-go cup”, as we call it, order their coffee in one anyway?  They’re more difficult to move about and drink out of, spill easier, and create more waste.

First of all, what do you think?  Something I’d really like to cultivate on this blog is discussion, because the subject at hand is very subjective and hard facts when it comes to analyzing cultural phenomena are generally scarce.  I’m going to tell you what I think but I want to make it perfectly clear I’m aware that this is just subjective opinion and practically impossible to prove or disprove, as will be most such analyses of culture and human behavior.  I strongly encourage you to utilize the comment section below and just say whatever you think – give your observation of culture.

If I had to guess, I’d say it’s a combination of it being the default option by Starbucks if you don’t specify, the fact that they don’t even ask you which you’d prefer, and just that’s what they’ve always done and it’s what almost everyone else does.  If you were to poll a hundred customers in Starbucks who had sat down with a disposable cup and drank the whole thing there, “Why did you do that instead of getting a mug?”, I suspect the answers would almost entirely consist of “I dunno”, “It’s what I always do”, and “I didn’t even know you could get a mug…does it cost extra? [it does not]”.

Starbucks could begin improving the situation by offering discounts to those who ordered their drinks in a mug and heavingily advertising the fact that they were doing so.  This could be used to slowly lead into charging extra for the paper cups like what they’ve done in the U.K.

Do Americans Have a Predilection for Disposable Everything?

It’s not that people don’t get food and drink to go in Western Europe, it’s that they get a lot less of it (I use W. Europe as my example because I’ve been there).  I suspect it’s similar in many other parts of the world.  What else do we use that’s one-use/disposable and doesn’t need to be?  No, really, I know there’s more, I just can’t think of it.  Throw your examples down in the comments.

I just learned more about the origins of the paper cup than I ever wanted to.  Isn’t that so often the effect of casually looking up the wikipedia article on something? 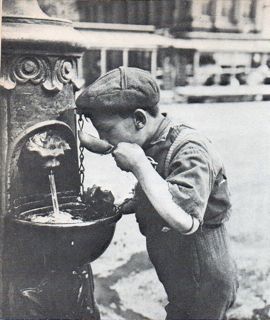 Apparently, it was the result of health concerns because what people used to do was…just share a cup.  Not “cups”, cup.  It even had a friendly, folksy name: the common cup.  It was just a single glass, metal or earthenware cup next to the town well/water pumps or the water tank in offices or on trains.  Everybody used it.  I shudder to think the things children and teenagers would’ve done to it as pranks, especially with their lack of sanitary knowledge about how bodily fluids can transfer disease.

I’m not sure there’s a good solution to this, and I think that’s something we have to come to accept at some point.  Yes, we can transition from disposable to non-disposable, but what about the energy and materials that it costs to maintain those?  For example, the water and energy it takes to wash ceramic cups in coffee shops, not to mention the energy and material required to manufacture them, the dishwasher, and the soap.

We can cut our resource usage down, surely we can be more efficient than we are, but we can only take it down to a certain point.  We can’t use no resources, and that seems to be the unconscious end goal of some people.

This was a bit of a ramble and I’m frankly disappointed how it came out, but I needed to write something for this blog and this is what seemed to me like a good idea at the time.  Sorry if you’re a bit disappointed as well, I’m still kind of finding my voice on this blog, meaning I’m still figuring out precisely what to talk about and how to talk about it.